About 15 years ago, I visited Tokyo with my mother for a two week trip. At the time I was about 12 or 13 years old, and the first thing I noticed were the lights; big colourful lights towering over me, as if I was walking through some kind of human pinball machine.

Next was the people; crowds and crowds of people, packed like sheep, all weaving through each other and talking on fancy mobile phones, moving with a lot more urgency than my fellow Kiwis back home.

And then, there was the technology. Back then, Japan was a superpower. Everyone in the world drove Japanese cars and played Japanese video games, and kids like me were forced to learn Japanese at school, just in case we found ourselves one day doing business with the world’s second largest economy.

And so it was no surprise when I visited Tokyo back then, it felt like one giant space station, full of all the latest whizzes and gadgets, from the vending machines that sold hot meals, to the outrageously fast Shinkansen bullet train, to the toilet seat that sprayed water up your bum after you took a crap.

That was the Tokyo I remembered. A futuristic city, on top of the world.

A few weeks ago, some fifteen years later, I finally visited Tokyo for a second time. Some friends and I rented a couple of Airbnb apartments in Tokyo’s Shinjuku area, and we headed to Japan’s capital to call in the New Year.

I wondered, what’s Tokyo going to have for me this time? A bullet train that goes so fast it’s practically flying? Vending machines that serve 3-course meals? A toilet that sprays and wipes your bum at the same time?

Surely the city of breakthrough technology would have some special to show me, right?

But sadly, there was none of that. In fact, Tokyo seems to have changed very little from the last time I was there.

The vending machines were exactly the same, save for a few new drinks or ice cream flavours. The toilets looked a little trendier, but seemed to do all the same stuff. And as for the trains, they seem to be, shock horror, much the same as most other trains around Asia.

In the few days I spent there, Tokyo actually felt a little run down. A city, once on top of the world, seems to have faded a little from its time in the spotlight. The malls, probably once the best in the world, now lack the glitz and modernity of those in Shanghai and Bangkok. The subway, probably once a world benchmark, now feels disjointed and confusing, as if new lines have just been mindlessly tacked on over the years. And the bright lights? I’d say the rest of Asia’s lights are shining just as bright these days.

Rather than surging ahead, it feels like the rest of the world has actually caught up. Few would disagree that the public transport and subway in places like Hong Kong or Shanghai are far superior to what Tokyo has to offer today. The same would go for airports, restaurants and accommodations. And with much of Asia growing in bounds with every blink of an eye, I imagine the gap is only going to keep on closing.

But despite all that, the city I visited was still Tokyo, all the same.

Of course, this doesn’t mean I dislike Tokyo. I love Tokyo. They still have the best vending machines and convenience stores I’ve ever seen, meaning if you’re after a hot corn soup or steaming hot chocolate, it’s never more than a few steps away. The culture demands almost absurd levels of respect and politeness, and it is undoubtedly the cleanest capital city I’ve ever been to. The food is sublime and the city will ensure your stomach is never empty for more than a couple of hours. On top of all this, there’s also Japan’s notorious splashes of weird and crazy, leaving you with one of the most unique cities in the world.

My advice would be to simply weather your expectations before you go. Tokyo is no longer the tech-crazy city of the future that it used to be. That title probably belongs somewhere in China now, and Tokyo feels a little more like a grown-up Bangkok – busy, modern, with a whole bunch of quirkiness thrown in.

So, what did I do there anyway?

Even though I found it a little underwhelming, I still had a lot of fun in Tokyo. As a noodle lover, I found myself in one of the best cities ever to indulge. In Shimokitazawa, I had the biggest bowl of ramen I’ve ever seen in my life (and I think for the first time ever I couldn’t finish it). 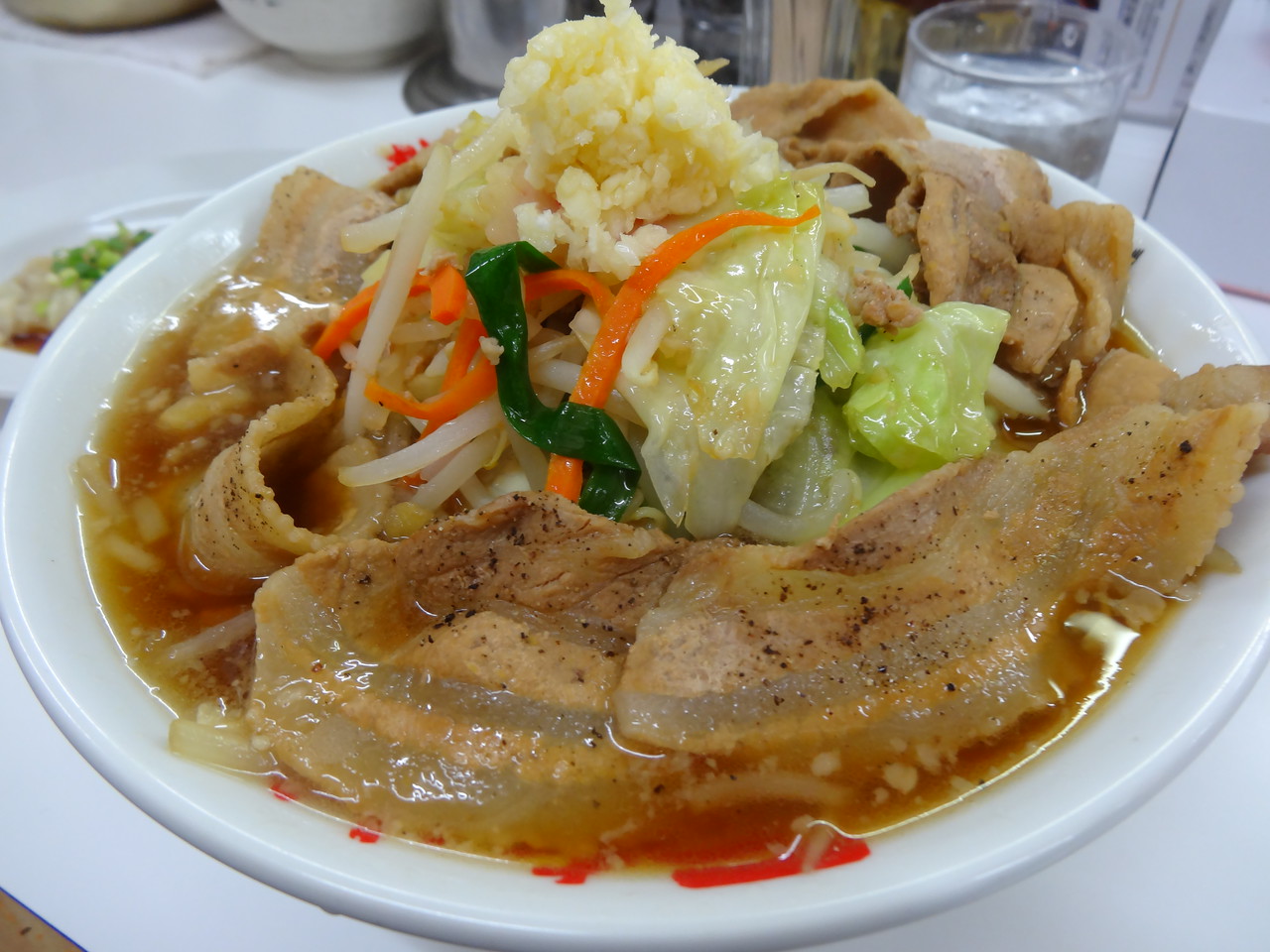 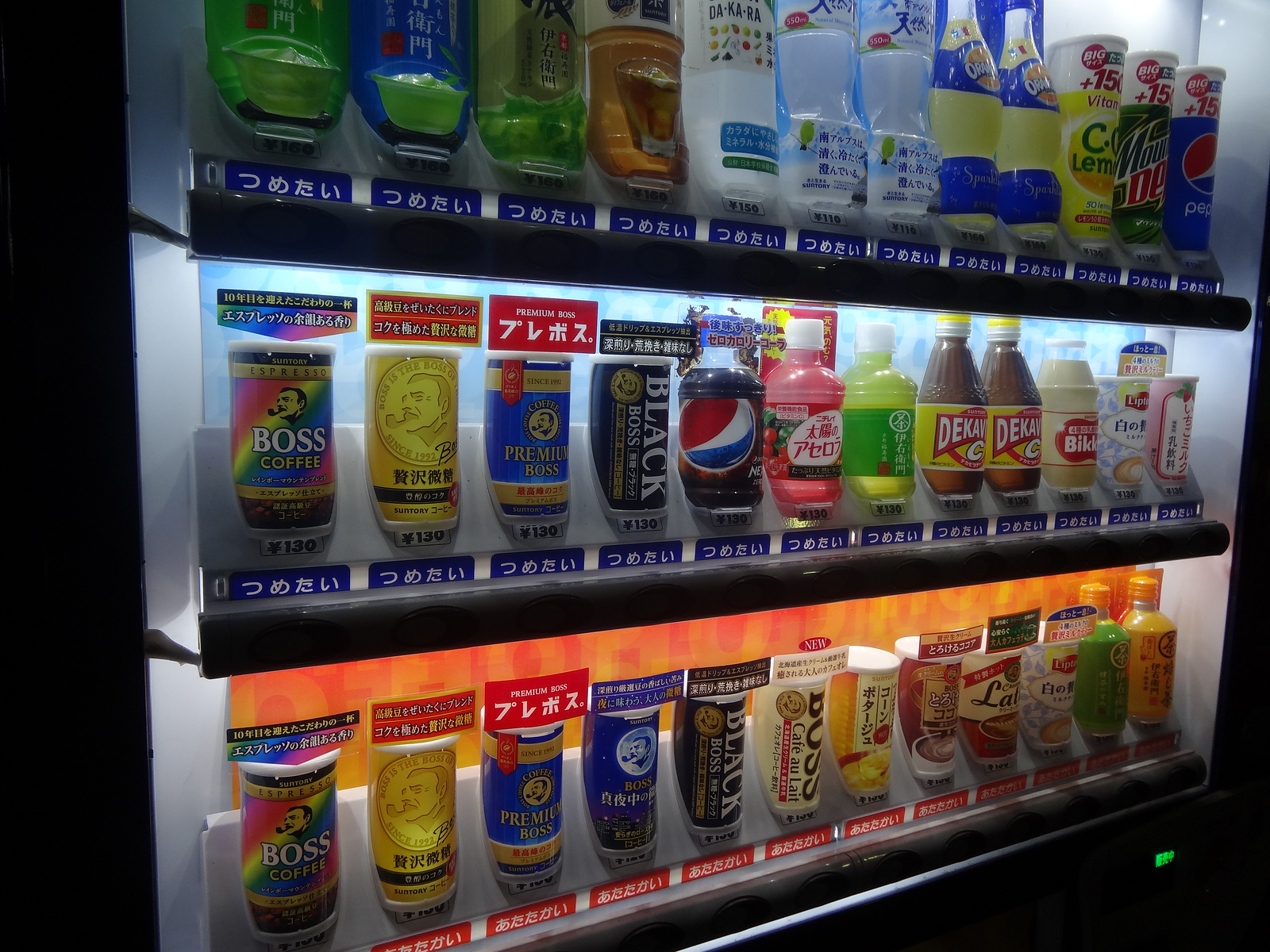 Tokyo Vending Machines – The Best In The World

I visited Ramen Street – a little alley where eight of Tokyo’s most famous ramen restaurants are clustered together, all with their own specialty dishes:

I went there with the mission of trying all eight, but only managed three before I had to go walk it off and try not to vomit. Nonetheless, the ramen was fantastic. 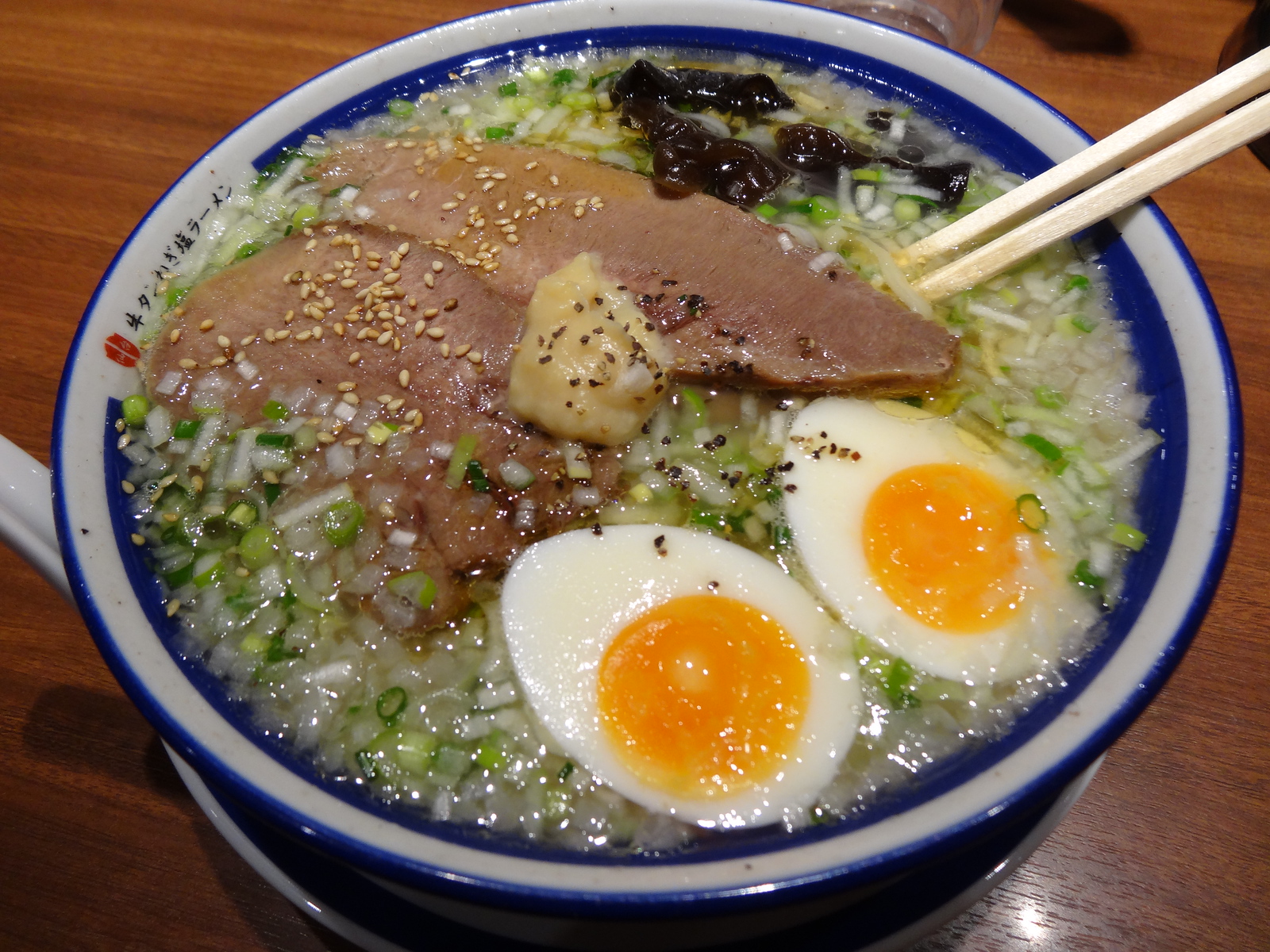 I tried to figure out how to play Pachinko (and failed). 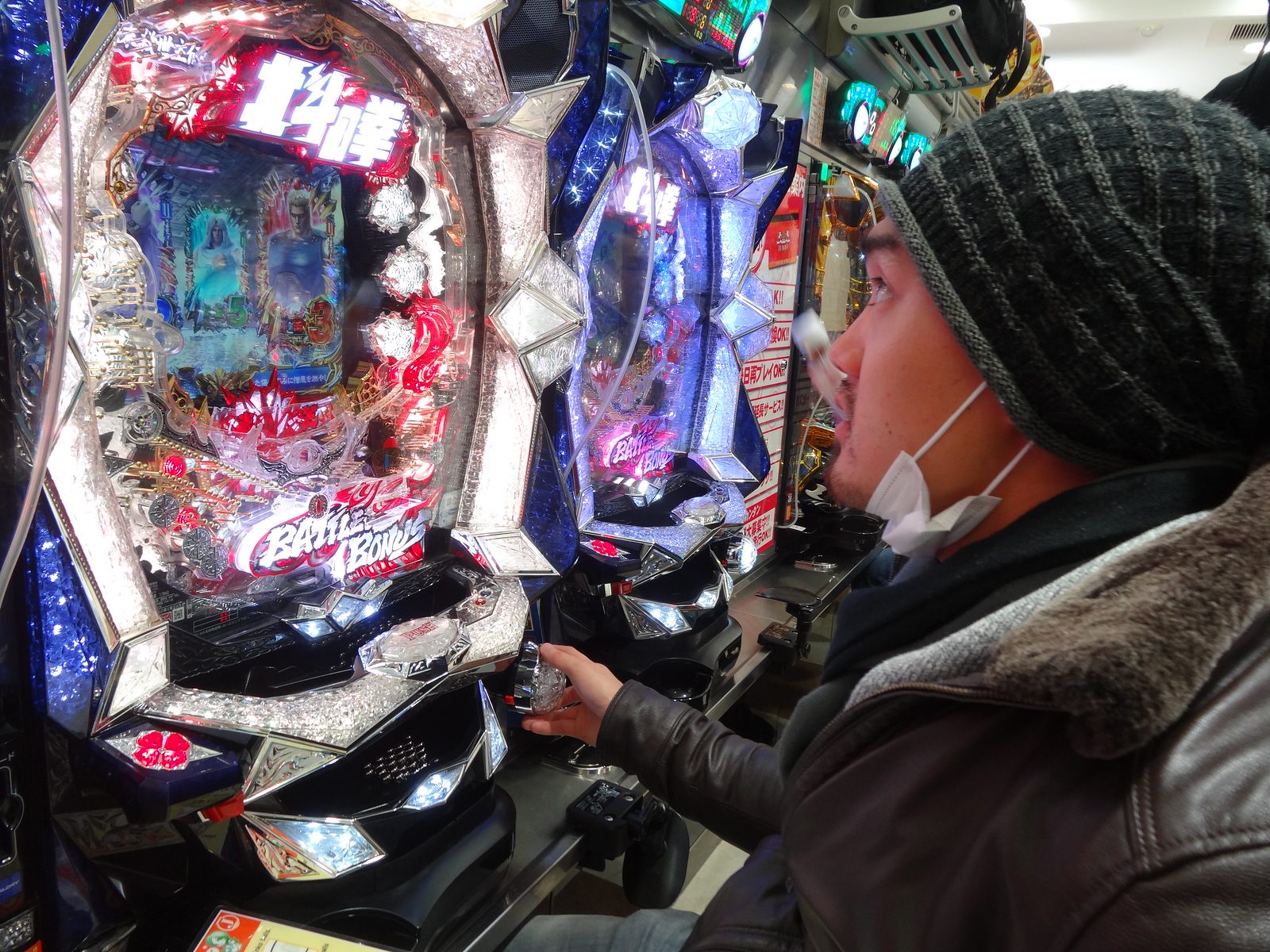 Pachinko – Kind of like an arcade game, slot machine and pinball all wrapped into one.

I went to Disney SEA, which is beautiful, but unfortunately it was so busy with the holiday crowd that every ride had wait times of over 3 hours. I’m definitely not that patient, so for the first time in my life I left a theme park without going on a single ride.

I visited Piss Alley, a famous local street food place filled with tiny little restaurants that serve some of Tokyo’s favourite yakitori and beer. Unfortunately it was the holidays so 90% of the places were closed, but luckily a couple were still open and had seats.

I cooked my first okonomiyaki, a Japanese style savoury pancake.

I called in the New Year at Ageha, definitely the biggest and most overcrowded nightclub I’ve ever been to. An eventful night, to say the least.

But most importantly, I spent a week in Tokyo with my closest friends who I don’t get to see that often. This trip wasn’t so much about “travel”, but more about chilling out and having a good time with some important people in my life. On that front, the trip was a raging success.

Planning a trip to Tokyo?

If you’re heading to Tokyo, I’d recommend you give yourself at least a couple of weeks. Unlike some of the second tier cities in Japan, Tokyo is a large city, littered with tourist zones and split up into many little unique neighbourhoods and communities that I just didn’t have time to explore. It feels a bit like New York in that sense – a city suited more to expats rather than travellers, requiring months rather than weeks to truly unravel and appreciate.

I would definitely avoid going over the winter months (December, January), as the cold in Tokyo is quite sharp and unforgiving, and I’ve no doubt you’d have a more pleasant experience in the spring/summer. I’ve always said that the “best version” of a city is seen in the summer – people are happier, more relaxed and easy-going, coughs and colds are out of season, and the city is more likely to be out having fun rather than sitting at home by the fire. You’d probably agree the same is true for your home city, and Tokyo is no different.

Another reason is over the Christmas period much of Tokyo is either overly busy or closed down. For example, I wasn’t able to see the world-famous Tsujiki tuna auctions, as they’re closed to tourists from December 1 to January 17 due to overcrowding. The minimum wait times at Disney SEA’s main attractions were over 3 hours. My visit to the iconic Shimokitazawa neighbourhood was a huge let down, because 80% of the shops were closed for the holidays. Peak season is a notoriously bad time to travel, and this felt especially true in Tokyo.

In the end, I left with the impression that Tokyo is just a little bit overrated. There are a good number of cities in Asia I would choose as home before Tokyo, but it wouldn’t be my last choice either. I do think a few local friends and a longer stay in the summer might change my mind, but we’ll never know. And of course, you shouldn’t let my opinion stop you from going. It might end up being your favourite city in the world, and the only way you’ll know is if you go there yourself!

Heading to Tokyo? A few tips:

I teach you how to travel more.