It’s been a few weeks but I’m finally back with another entry in my Solo Female Travel series. The idea behind this series was to bring a female travel perspective to my blog, but with each interview I’m finding that I learn quite a few travel tips myself. So, for the guys, I definitely encourage you to read through these as well!

Anyway, let’s get to it. Today I’m excited to welcome to the blog the extremely well travelled Christine Ka’aloa from GRRRL Traveler. 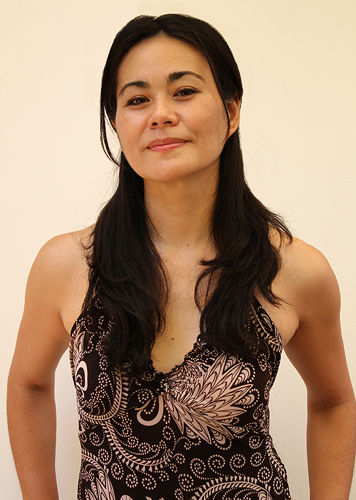 Introduce yourself! Who are you?

My name is Christine Ka’aloa.  I am a female solo traveler, who took a gap year to live and work in Korea and travel. I write for GRRRLTRAVELER, a solo travel blog and YouTube vlog focused on solo travel, travel survival tips and traveling in Asia, Southeast Asia and South Korea.

What was the first trip you took abroad by yourself? What was your inspiration?

France was my first journey abroad; I visited a girlfriend from Hawaii, who was teaching English in a small village in the south of France. While it wasn’t my first solo trip, it was my first time flying abroad alone. Many experienced solo travelers overlook that difficulty, but for many first timers, flying to another country alone is a big deal and terrifying if you’ve never done it before. Afterall, it’s your first time encountering language barriers, dealing with the confusion of immigration and airport signs look different.

Anyways, I had just broken up with my boyfriend and then my grandmother passed away, at the same time. I was an emotional mess.   But there’s nothing like Paris, the gorgeous French countryside and good-looking Frenchmen to soothe you. As an artist, I was a huge Francophile already, interested in the art, language and culture, so the high of living and traveling there for a month was very exciting to me. It injected me back into the adventure of life, the romance of travel and I was catapulted back into the world of the living!

What is the biggest thing you have learned about yourself while travelling solo?

It’s hard to pick just one, because I’m constantly learning with solo travel. Often, I learn I’m adventurous, capable of creating the type of world I like living in and above all, resourceful in handling all the fears or last minute difficulties that arise in travel.

When you realize you can get yourself out of tight or unpredictable situations, you begin to feel more confident. You trust yourself more and gaining that confidence is pretty kickass.

The biggest concern for travelling solo as a female is safety. How do you get over that fear? What steps do you take to make sure you stay safe while on the road?

I don’t know if you get over that fear. Fear is largely what keeps you safe, so there’s a healthy aspect to it. With safety, the best you can do is prepare, research the dangers and cultural etiquette of a country beforehand. For me travel is like breathing. There’s no question about whether you want to do it or not. You simply know you must find a way. So I try to be proactive about it. I try to build safety into the way I travel.  Here’s some of my solo travel safety tips for women (and men).

My safety guard is up 70-85% of the time. It sounds like a lot but it’s not and I still have fun.. Sometimes, it just adds to the sense of adventure.  If I were to go jogging in my neighborhood at night in the U.S., my guard is at 85-90% alert. I’m aware of everything around me, careful of corners and dark alleys. Same with travel. If I don’t know what’s around a corner, I need to be alert and ready.

Many people are reluctant to travel solo because they feel like they’ll be alone and won’t meet anyone. What’s your experience?

Traveling alone, I’ve realized that you’re only as alone as you want to be. I didn’t know this when I started, but there’s a lot of friendly travelers and locals out there, who want to make friends and are looking for partners to do things with.

Solo travel also pushes you to make more friends, because your only resource outside yourself are strangers. If I’m in a group of friends or with a partner, I don’t meet many people and I remain shy. But alone, I’m forced to interact and ask others for help, my personality comes out and this brings more people into my life. Being solo has actually enhanced my social life.

What tips do you have for packing light as a female?

I’m not sure if they’re tips I’d tell other women to follow (laughing).  I don’t pack for the woman in me, but for the solo traveler, who doesn’t want to be her own Sherpa.  Believe me, my back still remembers having to carry heavy packs. These days, maybe I’m just getting older but I like being comfortable and light.

Of all the clothes I pack, I know I’ll probably only use the same three outfits. That’s my habit. The three-outfit rule is pretty common, I hear. I also try to make sure my outfits are versatile.

How do you afford your travels, and what tips can you share for keeping costs down while on the road?

I make very little money from my blog, so I also have freelance jobs.  At the moment, I’m a struggling actress and trying to regain my old crew job as a camera operator in reality TV.  When I travel, I need to be smart, resourceful and I take buses vs. bullet trains and airplanes.

As for keeping costs down on the road, I always go local. I eat street food, use public transportation and stay at guesthouses and hostels. It feels like a more authentic and unfiltered way to experience a country, as well.

Being a solo traveler, I’ll also try to find other travelers to share expenses with, either taxi rides, even occasionally rooms.

What’s the weirdest thing you’ve eaten in your travels?

Bundegi or silkworm larvae is a common snack in Korea. I’m largely vegetarian but there are times as a traveler, you just have to try something culturally peculiar, just to have the experience. Bad mistake. It had a smell and after taste which made an indelible impression on me.  It made me very distrustful of Korean food for half the year I was living in Korea and every time I passed them at street fairs or traditional markets, my stomach lurched from the smell.

What is one place you have been that was completely different to what you expected it would be?

Malaysia. It’s hard not to start to compare countries when you’re traveling through Southeast Asia. When you’re mindblown, country after country, you expect that high to carry through all countries. But countries can start to feel “Same same…”  after the first one or two night markets or in the sense of Malaysia… Chinatowns.

Malaysia’s Chinatowns aren’t as gritty, chaotic or noisy as in other places. Knowing Chinese culture has an influence in Malay culture, I think I was disappointed by how clean the Chinatowns were! (laughs)   Also, I’m largely vegetarian, so street food wise and outside Kuala Lumpur, I had difficulty finding food.

OK, a couple of fun questions – who’s your celebrity crush?

I’m attracted to a combination of humor, good dancing, a bit of dorkiness, passion and intensity. I’ll make an effort to watch an Akshay Kumar movie. I adore Bollywood films, even if they’re often cheesy. I like men who can be naively silly in one beat and then heroic in another. I also like guys who can dance! My other decadent pleasure are French films. I like Romaine Dupris. I think he’s an incredible actor to watch and I find his intensity, very sexy.

And, which country have you been to that, in your opinion, has the most handsome men?

The first country that turned my head was France. (laughs) The men run a bit similar to the women there. There’s always this cool, intellectually aloof Jean Luc Godard demeanor that makes them attractive to me.  And the accent, ooh la-la!

Koreans fall second. Living in Korea, I found Koreans to be a beautiful people. I didn’t see many ugly Koreans. Maybe Korea gets a little help from plastic surgeons too, but it still works for me. Of the Asian gene pool, Koreans are surprisingly tall.  A lot of women who move to Korea, who honestly claim to have no interest in Asian men, change when they’re in Korea.  I was one of them.

Are you a nomad for life? Why? Why not?

Yes and no. Relocating for work is very much a part of my life and in that regard, it keeps me partially nomadic and I love it.  I need movement, crave it. If I stay too long in a place without growth or change, it feels like a Chinese torture chamber of sticking toothpicks under my nails.

But I will always need a home base or an apartment to come home to, if only just to drop my bags. I need to feel connected to an identity and sense of purpose.

When I was living in New York, working in television, I’d travel to/live in different states anywhere from a day to a month. Sometimes, the relocating was constant and home was just a place to do my laundry. I liked that, because I could feel nomadic, while also knowing there was greater purpose and bigger vision that I was working towards with others. To collaborate, work with others and contribute my skills towards a goal is fulfilling to me.  Backpacking for seven months through Asia/Southeast Asia, I didn’t have that strength of vision or collaboration process and there were times I felt like a tumbleweed, without cares or goals. There are times, traveling non-stop without a plan, feels empty and meaningless to me. I learned a lot about myself through this and If I did another long-term backpacking trip, I’d do it differently.

I love my freedom, but I also have a warm spot for my chains.

Lastly, for those planning or considering their very first trip alone, what advice do you have for them? And where would you recommend they go?

I’d say jump and think about how you’re going to make it happen on the way down. Seriously. When you buy your ticket, everything becomes a tangible reality and your mind instantly goes into engineering a way to make it work.

There are many countries, which are low in crime and I’d start with those until you begin to feel more confident.

Technically, my first solo trip was India, which was completely by accident. It actually turned out to be one of the greatest solo trips of my life, but I wouldn’t recommend it to everyone as a starter country. My first planned solo trip was Thailand and it was a fantastic country for soloists to start in, because there’s many travelers and solo ones too.  Transportation is easy, costs of getting around and eating are relatively low.

Christine is a solo female traveler who writes to inspire others to find their GRRR for travel. You can read more about her adventures by checking out her blog GRRRLTRAVELER.com or by connecting with her through her social media channels: