“So, are you starting to feel melancholic about leaving Montpellier?” Moritz asked.

I took another bite from my pizza slice and smiled. It’s interesting talking to people who speak English as a second language – they tend to come up with funny ways of saying things.

Moritz, my youngest classmate at 19, had become my comrade during class breaks, where we’d walk down to the boulangerie each day and buy a pizza slice to keep us going until lunchtime. I’d always get the vegetable, him the salami and cheese – a difference in health consciousness easily explained by the decade between us. After four weeks of French school I’d come to look forward to this time of day – a chance to rest the brain, eat, and get a little sun to help recover from the early morning wake-up. So as we stood outside in the sun putting down our pizzas before the second block of classes, I pondered his question.

It was easy to see why I got along with Moritz – a carefree, artsy fartsy, minimalist kind of guy, who wrote and recorded rap music in his free time and only wore black and white clothes because “it’s easier to do laundry that way”. At only 19, he’d uprooted his life in Germany and after a 5 month stint in India had brought his life to France, where he was going to learn French and live here for “maybe five months, maybe a few years, or maybe forever.” While I was still chasing a six figure cubicle at 19, he was already out there putting his stamp on the world, and still had his teenage innocence to go with it. He kept telling me he wanted to “live a traveller’s life like me”, but what he didn’t realise was he was already well on the way to a life far more exciting than mine. It takes a few certain attributes to live a life on the road – you need to be open to all people and cultures, you need to be very slow to judge people, and you need to be generous and willing to welcome people into your life. It was easy to see the kid had all of that. I already knew, when this kid got to my age, he was going to have footprints around the world.

Lara was a girl I met on my first day of school. We were somehow introduced while standing outside the school gate, and just like that, we were friends. We had lunch together that afternoon with Moritz and a few others, and during our meal I was stunned to learn she was only 16. Back in New Zealand I’d never be caught dead hanging out with 16 year olds, ever, but here I was in France and the two of us were getting along like old friends. When people say travel breaks down barriers, they often mean it on a broader, cultural level, but it also does so in a more subtle, more personal way – a way where a 29 year old from New Zealand and 16 year old from Switzerland can meet in France and be friends and there’s nothing odd about it at all.

And so every other day, Lara and I would see each other outside school or at the bar or wherever our paths happened to cross, and we’d chat like old friends and share little pieces about our lives back home and things that were on our mind. She had a cool, unhurried vibe about her; the kind of person who always had time to stop and chat, and was genuinely curious about people and the world. Over the meals and drinks we shared I realised how much we had in common – she’d already done her first solo travel gig – a 5 month high school exchange in Canada, was now in France alone to study French, and was then to return to art school in Switzerland. I was jealous seeing all these kids getting started on their world journeys in their teens but also excited for them; happy they recognized the opportunity to use these experiences to enrich their lives with language and education rather than sleeping on Thai beaches, sunburnt and hungover. I could only imagine how many enviable adventures were waiting in front of them.

David and Ash joined my class during my second week of school. David, a German Filipino and former pro ball player from California, and Ash, a Fijian Indian from Canada, were both in their late 30’s, had just finished culinary school and were now in the south of France to complete six month culinary internships at hotel restaurants in Nice and Antibes. I was excited to see them join us, if only to even up the gender teams in class for Moritz and I, and over the next couple of weeks I was surprised to see how well we all got along. Both still had a child-like playfulness in them and goofed around just as much as I did; whether we started playing Puff Daddy during our presentations or made jokes about Michael Jordan’s hot Cuban wife, those two were all about the goofing. On our first night out together, we sat around sipping gin and tonics and listing our top 5 rappers of all time; David backed my inclusion of Eminem while Moritz called me out for not including the Wu Tang Clan – but what I remember about that night had nothing to do with music – it was simply an affirmation that no matter what your age, you don’t need to be tucked away in some suburb battling with a mortgage. Those two were my real-life reminders that as long as you’re willing to get out there and break the mould, you can go to culinary school at 37, come to France, learn to make a crème brulee from the originals and still spill a few gin and tonics with the kids.

I met Lorena around the same time I met Lara. A tiny, 17-year old, adorable little Swiss girl, who became another one of my friendly faces I’d bump into around school. And of course, when she claimed to make “the best pesto spaghetti ever” I had to call her on it and see if she was for real. One Thursday, her and Lara came around armed with pesto, spaghetti and mini Oreo ice-creams, and proceeded to clunk around my kitchen putting our dinner together (which was delicious, by the way). But it’s not the spaghetti I remember from that night. Lorena had mentioned before how much she loved to sing, and so naturally, as we slouched around my coffee table holding our bellies, I asked her to sing for us. Every single person I’ve met who claims to be a singer or to love to sing always scoffs at this request, so I was already expecting her to say no. But, she kind of just shrugged her shoulders and said, “Ok, close your eyes”.

And then she sang.

Lara and I lay there, listening to Lorena sing all her favourite songs a cappella for the next half hour, and that, along with Oreo ice creams, was the perfect end to the night. There were nervous giggles in between and she forgot a few words now and then, but that only added to the beauty – it was raw, unfiltered talent, unedited and real, echoing through my tiny studio. It was a reminder that talent is out there in every corner of the world, waiting to be appreciated, and it’s up to us to go and find it. All artists, whether they’re writers or singers or painters or dancers tend to inspire each other, and that night was a timely jolt of inspiration for me. Whatever you have, whatever you can create, put it out there. Someone will be listening.

I had a few drinks with my classmates on my final night, and in between wines Lara and I shared a cigarette out on Moritz’s balcon. We talked about tattoos, of all things, which is strange because neither her nor I have any, but it was an easy conversation, as if we’d been friends since childhood. Slowly the conversation then weaved into starsigns, and then Switzerland, and then the Chinese zodiac, and it was apparent she was a lot more level-headed than most 16 year olds, or at least more so than the 16 year old version of me; a trait I’m sure her early solo travel career had blessed her with.

And so the two of us sat out on that tiny balcon, chatting long after the cigarettes had burned out, and I realised that yes, I am feeling sad, or melancholic, as Moritz likes to say, about leaving Montpellier. Yet the melancholy had nothing to do with France, or French school, or even Montpellier itself. It was the thought of leaving the people this chapter had brought into my life, and the lessons they had brought with them – Lara, who taught me friendships can be born anywhere with anyone, Moritz, who reminded me to always be open to people and slow to judge, David and Ash, who taught me to never let go of my youthful curiosity and playfulness, and Lorena, who reminded me to always share your gift with the world, just in case someone out there is waiting to receive it.

On my final day, Moritz dropped me at the bus stop to bid me goodbye. We stood in the line chatting about nothing for ten minutes, until it was finally time for me to haul my bag on board and head on my way. As we did the awkward hug and handshake, I told him to “appreciate every moment here, because they’re going to be some of the best years of your life.” – my attempt at some elder brotherly-like advice, although I doubt he really needed it. The kid doesn’t even know it, but he, along with the others, taught me so many little lessons that will and already have influenced me in this journey through the world.

After many years on the road, I spend a lot of time trying to piece together these moments and where they fall in the bigger picture of things. When I look back on it all, what will I remember from Montpellier? What did it teach me? What part will it play in my travels and my story? I’ll remember the long mornings in French class, of course, the cheap bottles of wine, the fancy boulangeries stacked with eclairs and baguettes; but most of all I’ll remember France as a reminder that it’s not so much the place, but the people, that make the road such a magical place to be. 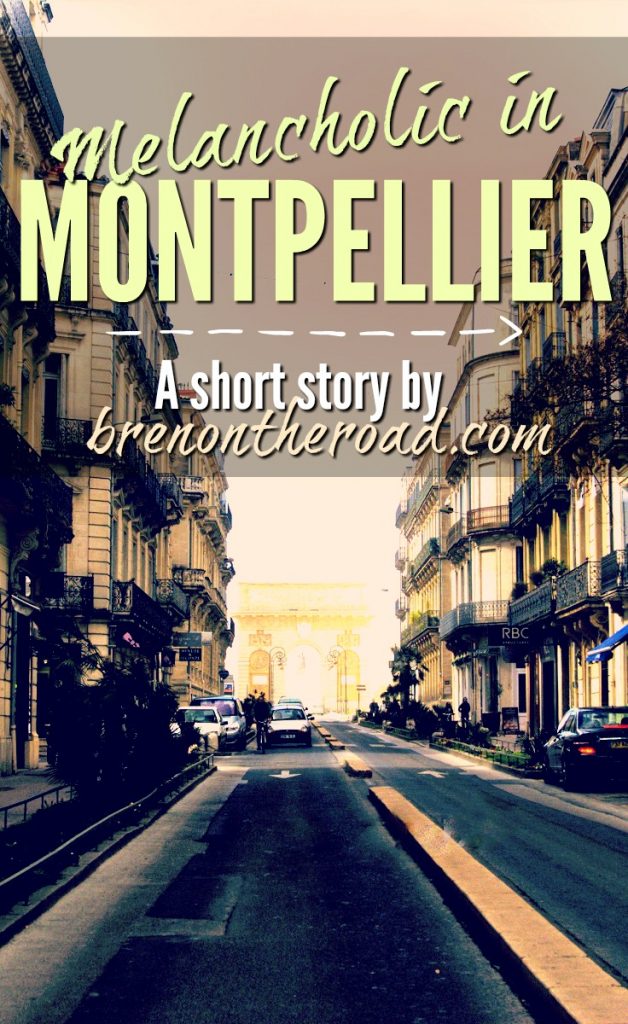