Adventures In Ethiopia: How One Birthday Changes Everything With charity: water

How it all started

This goes back to 2010. I was in my room studying for an accounting exam when I saw this video by charity: water on my Facebook feed. Go ahead, watch it, it’s awesome.

It flipped a switch in me. What was I doing? I was sitting here, memorising accounting standards like an idiot while Scott Harrison was out changing the world. Within five seconds I could hear the passion and drive in his voice; something I hadn’t heard in my own voice in a long time.

Over the months that followed I became charity: water’s biggest fan. While vegetating in my cubicle I would read all their blog posts, watch all their videos and keep tabs on all their campaigns. They became an inspiration for me to escape corporate life and start doing something that mattered. But more than that, their work was a revelation. I had no idea so much of the world was crippled by dirty water, and was even more amazed to learn that just $5,000 was enough to drill a well and bring clean water to a community.

When 2011 came around, I finally got my chance to help. I was turning 25, and instead of having the big quarter century party I had been planning, I decided to donate my 25th birthday.

There was no party and no gifts. Instead, I asked everyone I knew to donate $25 for my big 25.

Together we raised $5,185, enough to fund an entire water project. Once the campaign closed, charity: water got in touch with me. I was thrilled; due to raising over $5,000, they were naming me as a project sponsor.

22 months later the project was finally completed. Charity: water contacted me with a full report, detailing exactly where the money had gone. They showed me the GPS coordinates for the project, how much it cost, and traced every single dollar back to it’s original donor. They even pinpointed the project on Google maps, and included a collection of photos of the community to prove that people’s lives really had been changed: 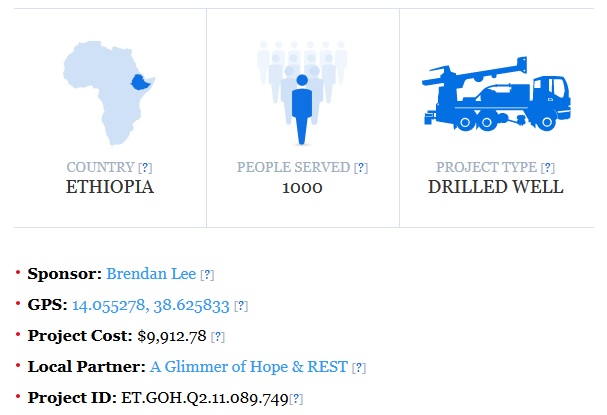 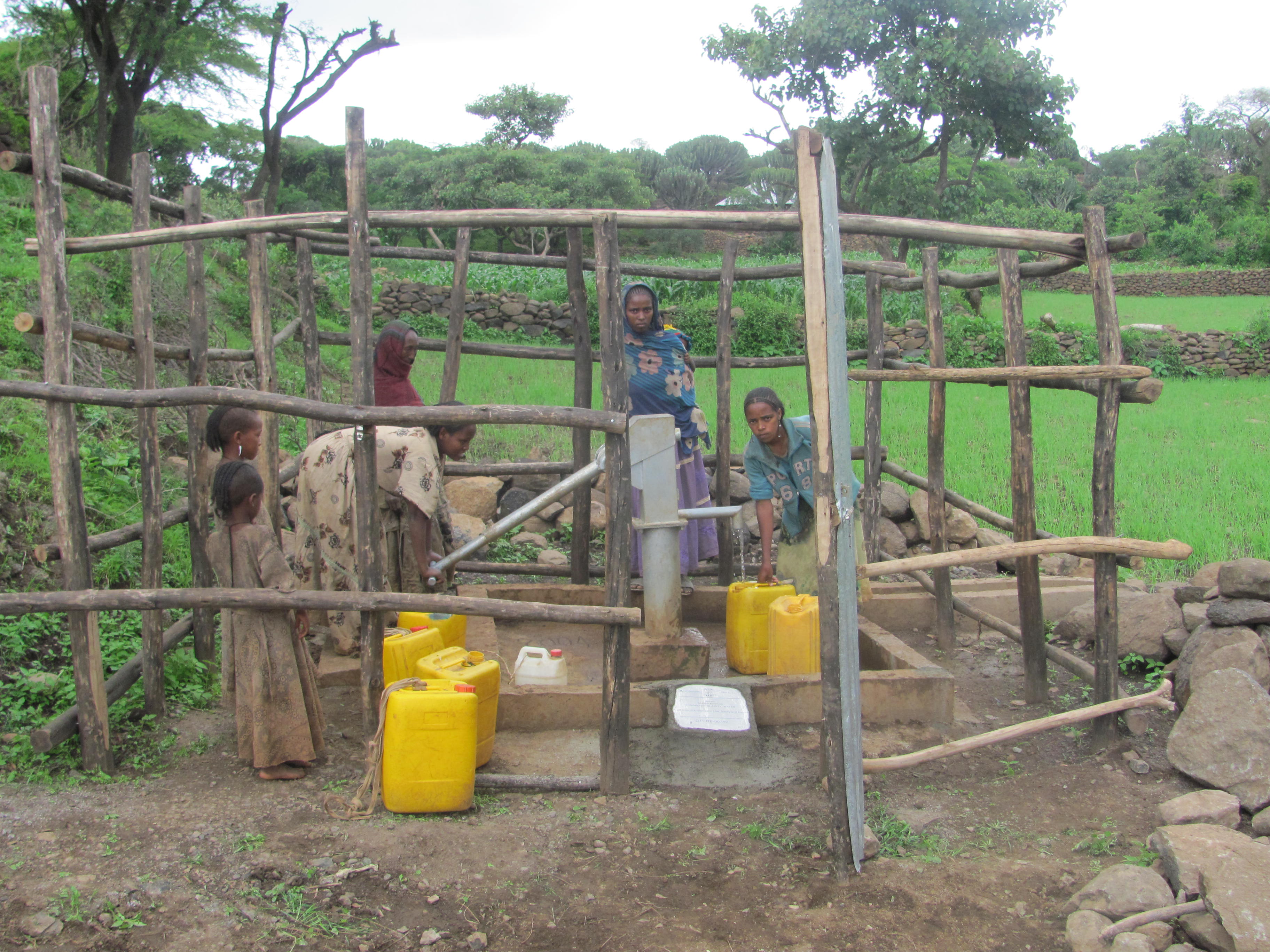 You may remember when I asked for your donation, I made a promise: that if we reached our goal I would make an effort to visit this project myself, and show you first hand what a difference you had made.

It was important for me to follow through on that, not only for you, but also for me; to see for myself that charity can still work and that there were still organisations out there determined to do good.

Two years later, I’ve finally made good on that promise. I recently returned from Ethiopia, where we tracked down the village using GPS coordinates and saw the project and the community with my own eyes.

I was welcomed from the moment I arrived. I drank from the water pump, carried water with one of the girls, was welcomed into one of the elder’s homes, shared food, drink and coffee, and was even invited to stay the night. I visited their old, dirty water source and saw what a difference it was for them to finally have clean water just minutes from their homes. It was all real; real people, real lives, real change. More than anything, it reinvigorated my faith in charity and the belief that we all have the ability to make a positive change in the world.

There was no way I could’ve done it alone. To everyone who donated to this project, thank you. I believed in this from the start, and it was heartwarming to know that many of you were able to see what I saw. It gave me the motivation to keep pushing on with the campaign, and kept me believing that it would all be worth it.

Of course, I brought the footage back for you all to see. To all the donors: this video is for you.

To watch the video of the village we helped, click here.